It seems that I never really have enough money on hand to fix up a car right away. My original plan was to sell the '70 Mustang immediately and proceed with the "sorting out"of the Jaguar. Unfortunately a buyer wasn't found immediately, so I pulled the car off the market before Christmas and will probably relist the car in the spring. There really hadn't been much interest, which kind of surprised me. I mean. "Who wouldn't want a six banger salvage coupe?"

I did have one young guy who drove all the way from Modesto to take a look and actually take a test drive. He seemed to like the car well enough. I took him around the neighborhood for a few miles than let him drive. The conversation went like this. "What kind of older car have you had before?" He answered that he had never had an old car. "Have you ever driven an older car before?" He said that no, he hadn't. So I started explaining about the carb and choke, and especially the unassisted drum brakes. I told him that this was just an old car that had been fixed and driven over the years. This was not like a car that you see on those hot rod shows that had been updated and upgraded and that this car drove like a 45 year old car. "Press hard on the brake pedal if you want to stop."  I don't blame him for not feeling comfortable with the brakes and for deciding not to buy the car. He had figured that this could be his second car that his wife could use during the week. I agreed that this was probably not the best choice for that use.

That got me to thinking about how different my approach to buying this car was. I went in with my eyes wide open. It was a two tone primer combo, blue over grey. Actually looked pretty snazzy. I went to see it three times before I had the owner show it to me. It was parked on the street so I took my time. I knew that it was a salvage car. I could see that the car was straight and not wrecked but I looked at the under carriage; checking the rear frame rails, the floors, the front subframe and wheel housings. It looked okay to me. One of the pictures in the CL ad showed the instrument panel out with a bunch of wires hanging out, but that didn't faze me, It was missing the passenger seat, but that didn't faze me. It didn't have a muffler or tailpipe, but that didn't faze me either. The seller had said that there was something wrong with the manifold so I was concerned that it might be cracked or broken. Imagine my relief when I discovered that it was just missing the tail pipe and muffler, that's no problem? Right? The first time the seller tried to start it for me the float stuck and gas began pouring out of the carb. He said he was sorry, that he would try to fix it and I could come back later. I told him, "Hand me that screwdriver", I rapped the carb several times. I told him to get in the car and crank it while I held the throttle wide open. On the second attempt the car car fired up sending out a black cloud that cleared up quickly. Now that was a good sign!

Maybe I didn't go in with my eyes wide open, maybe I was looking through rose colored glasses. Back in 1975 when I bought my first Mustang, this car might have been worth all of fifty bucks, I paid 300.00 for my '66 coupe with 289 and four speed, clear title and the electrics worked. ( For two hundred bucks more, I could have had a fastback!) In 2014 I had looked at a couple of 1,000.00 coupes. And man were they rough. Lots of rust. The interiors were dis assembled and tossed back in a heap, filthy, disgusting. Some had been abandoned so long they were full of spiders and mouse crap. My car seemed like a bargain.It was currently registered. Sure it was a six banger but it actually ran pretty good. And it really doesn't have any rust to speak of. So what if it's a salvage car with some crudely fixed repairs (just a spot in the trunk,) it still seemed like a good deal to me. I still think it was a good deal.  But are there any other buyers out there like me? Is there anyone out there who is still willing to fix things? My car is far from perfect, but it's come a long way. It is at a point where I can drive it daily, reliably, and can continue to fix it up and improve it a little bit at a time. I haven't met many people who can appreciate that. This had led me to develop some protective feelings towards my car. I'm beginning to think that if I can't find the right buyer I might just keep it.

Happy New Year. On the twenty ninth of this month it will two years since I bought my Mustang. The first year it absorbed all my time , money and attention. The second year I mostly just drove it, pretty much all the time. This car has escaped the fate of so many project cars of being a hobby but not really a car. This can happen on all value levels of cars. The rare, valuable top end cars become garage queens, to maintain their immaculate condition and keep the dreaded high mileage down. While it’s understandable, it does reduce these cars to prisoners. They are only released to the outside world on limited occasions and under the closest supervision. While I can understand this, it isn’t what I want. There is something to said for an immaculate car. And you can always drive your daily.


I had a discussion with the guy’s at work about having our dream cars. Some of the guys are dreaming of new cars. When you by a new car, no matter how fancy or expensive, you plan on driving it. The first two years of depreciation are killer and the value is going to drop whether you drive it or not. Sure you will be extra careful with it, and that first ding or scratch will hurt. Another guy had bought a couple of ten year old BMW sedans. The first was a seven series. Although he didn’t drive it much he found the maintenance costs to be too high. After a couple of years he traded it in on a 5 series sedan. This was supposed to be his wife’s car. For some reason she didn’t drive it much. It mostly lived in the garage. He had been working on restoring a Seventies era Fiat coupe which has now become his garage queen. He just traded his three year old truck and the 5 series on a new F150. 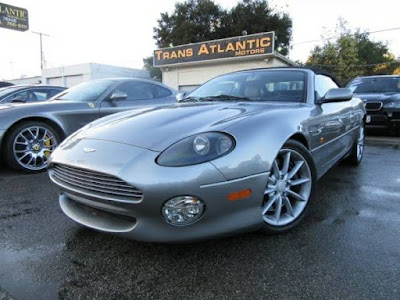 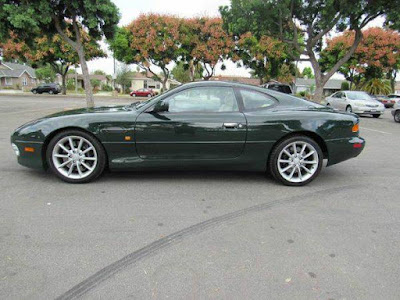 When it came to my turn I said I wanted an Aston Martin DB7 around 2000-2002. I’ve been looking on Craig’s list and I know that either a coupe or a convertible can be had for around 30,000 bucks. Brand new base Mustang money. This is slightly less than most of the 1970 Mustang Mach Ones I’d been looking at. I’m sure the maintenance and insurance costs would be sky high, still we’re talking about a dream. I would have to clean out my garage because there is no way that thing will be parked outside. Would I drive it work? No, probably not. Would the car be safe where I parked it? Would I drive it on errands to the grocery store or mall? No, probably not. Would the car be safe where I parked it? Would I drive it up to Tahoe or down to the Central Coast or L.A.? We do go to L.A. quite a bit. Well, I don’t know how reliable the car would be and there isn’t a lot of luggage space. This has never stopped me from driving my ‘96 Mustang anywhere but I’m sure it would be a consideration with the Aston. Would the car be safe where I parked it? I could use the car for pleasure driving. What does that mean? Going on a drive on a nice day with no serious destination for no real reason. I really don’t have that much time to waste. I could take it to car shows, but I don’t really like car shows that much. And then I would be placed into that hated stereotype- the fat old rich guy. Nobody would care how many years I have wrenched on my old beaters or how much I love or have sacrificed to have this car. Or even that I would do most of the repairs and maintenance myself. They would just see an old guy who has the bucks to buy what he wants. A poseur. And the car isn’t even that expensive! It’s just the image it creates is so exclusive that it overpowers the reality of it’s actual value. The car is really “too much”. I just don’t live the “Aston Martin lifestyle”, I can’t afford it, I’m just a working guy. I think that buying a car like that could be a heartbreaking experience. It’s kind of like painting yourself in a corner and now you find yourself trapped with a car you love, but feel you can never really use. Luckily, I don’t have this dilemma, I don’t have the money at the moment. So I did the next best thing. I bought this beautiful, fabulous, fantastic Jaguar XJS V12 convertible, for less than I paid for my little Mustang beater! Stay tuned as the adventure begins! 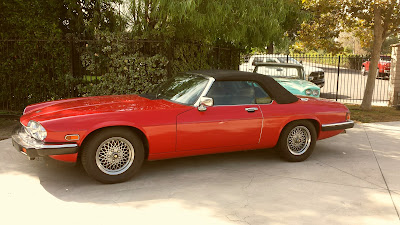 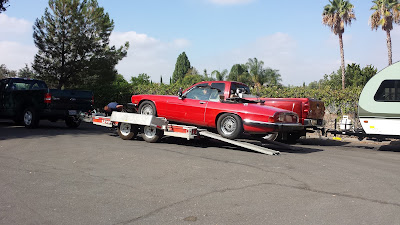